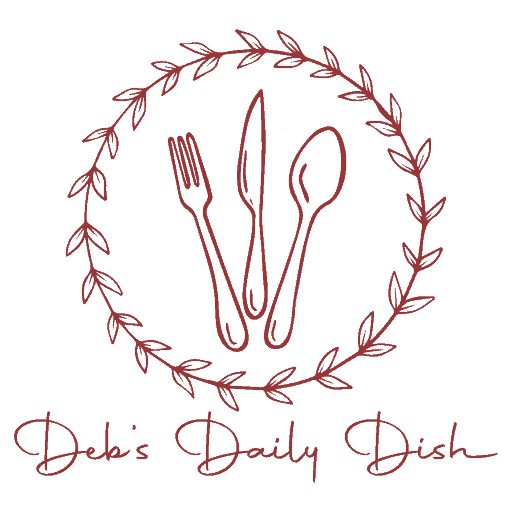 This recipe is so hearty and filled with chunky bites of vegetables and clams, we find ourselves asking is it a soup, a stew, a 'stoop' or a chowder? Whatever you call it, it tastes like a rich, tomatoey, savory, seafood delight! Make a huge batch and freeze the leftovers to enjoy on a cold winter's night.

Table of Contents hide
1 Why this recipe is just so good.....
2 Ingredient Notes
3 How to make this soup
4 FAQ
5 Slow Cooker Chunky Manhattan Clam Chowder

How to make this soup

How can I use fresh clams in clam chowder?

Littleneck clams are preferred for their sweetness and not being as chewy as cherrystone or chowder clams. Clean the shells well, open with a clam knife and use the meat and liquid for the chowder. Just chop the clams and add them to the soup. Don't open the clams until ready to use, they will last in the refrigerator for 1-2 days if fresh. Food preservation has information about freezing clams.

How to cook clam chowder on the stovetop?

You can cook a small or large batch on your stovetop instead of in the slow cooker. Just brown the bacon and onions. Drain all but 1 tablespoon of the bacon fat. Cut the vegetables into smaller diced pieces, about ½" cubes. Add them to the pot with tomatoes, spices, clam juice and broth. Bring to a boil. Let simmer on low-medium heat for about 15 minutes. Pierce one of the potatoes and carrot with a fork to see if they are tender. If still a little bit hard, cook another 5 minutes or so. Turn heat down to low, add in the clams and let soup simmer for another 30 minutes. Taste broth for seasoning. Add more salt and pepper if needed.

Do you love soups? Be sure to try these hearty recipes:

If you tried this recipe, I'd love if you come back and give it a 5 star rating. This tells me what recipes you enjoy and would like to see more of. Thank you!

A hearty, chunky soup filled with vegetables, clams and a rich, flavorful broth.  Perfect for dunking some crusty bread or rolls.

*This slow cooker manhattan clam chowder recipe makes a large amount of soup.  I like to freeze the leftovers for future meals.  The ingredients can easily be cut in half to make a smaller batch.  Just lower the time it takes to cook to about 3 - 4 hours.

*Instead of fresh or frozen clams you can use 3 or 4  6oz. cans of chopped clams.

*You can substitute the bacon with ham, pancetta, turkey bacon or sausage.

*Add a few drops of hot sauce or red pepper flakes if you want the chowder to be spicier.

** For a lower carb version, leave out the potatoes and corn.  You can substitute some parsnips or turnips if you'd like.

Hi, I'm DEB! Hi Everyone! I'm so glad you have stopped in. You will find recipes for healthy, low carb and keto desserts and plenty of healthy dinners and comfort foods.  I will only post tried and true recipes because I'm picky about the flavor and success of the recipe and you should be too!   And most importantly, I'll share plenty of treat recipes for the precious pups in your life.